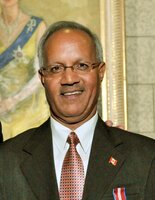 It is with great sadness that we announce the passing of Bhagwant Singh Parmar on Monday, March 21st 2022 at the age of 68 years in Ottawa, Canada.

Bhagwant was a loving husband to Satnam Kaur, and a devoted father to Hans Raj, Sonia, and Monica. A cherished son of late Lashkar Singh and late Shakuntla Devi and son-in law of late Dilbagh Singh and late Amar Kaur. Bhagwant will be affectionately remembered by his numerous family members and friends.

Bhagwant was born in the small village of Dihana, Punjab, India. Early on in his career, Bhagwant was an enthusiastic schoolteacher for eight years in India, returning to work at the same high school where he had previously studied as a student himself.

He then ventured to British Columbia to join his siblings, who had immigrated to Canada earlier. After marrying in Vancouver, he then moved to Ontario to pursue an undergraduate business degree at Ryerson University. While pursuing his degree, Bhagwant developed an avid interest in the tourism and hospitality sector, leading to various management/ownership roles within the space of the hospitality industry in Ontario. This ultimately led to establishing and raising his family in Brockville, Ontario nestled in the 1000 Islands region.

Outside of work, Bhagwant had many passions and hobbies, including an incredible sense of the importance of volunteerism. Accordingly, he was actively involved in the community with a keen interest in philanthropic initiatives, dedicating his time and resources to various not-for-profit and governmental organizations such as the Brockville Minor Soccer Association, local junior hockey organizations, local school councils, the Brockville Police Services Board, the Brockville & District Multicultural Council, the Canadian Tourism Commission, and most recently the St. Lawrence Parks Commission.

Parmar’s awards include the Hotel Association of Canada’s Humanitarian Award, the Butler Award from the Ontario Accommodation Association, the 2004 Brockville and District Chamber of Commerce award for Businessperson of the Year and that year’s Immigration Contribution Award from Kingston & Area Immigration Services.

His many years as a minor soccer coach earned him a Queen’s Diamond Jubilee Medal in 2012. He also has a Canada 150 Medal for Exceptional Community Service.

In his spare and down time, Bhagwant enjoyed spending time kayaking on the St. Lawrence River, biking, gardening, following current affairs and economic trends, and periodically tracking developments in professional sports such as soccer and hockey.