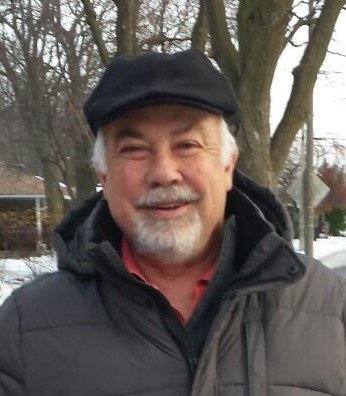 Jim was old school in some ways but very much 21st century in forward thinking.  He had a particularly warm heart, cheery personality and was a modest thoughtful gentle person, always kind and positive regardless of life’s setbacks.

Jim was born and grew up in Galt, now Cambridge, the only son of Mary Wardlaw Edwards Dando and George Alexander MacKay Edwards.

A loving husband and father, he leaves behind his wife of 55 years, Sharon (Ure) Edwards, his son, Jordan who lives in Ottawa and his daughter Meredith (Jason Cole) residing in Chichester, UK.

He attended high school at Galt Collegiate Institute and Ridley College in St Catharines.  Jim graduated with a Bachelor of Arts Degree from the University of Toronto and a Bachelor of Architecture from McGill University in Montreal.

Jim and Sharon moved to Ottawa in 1974 where he practiced Architecture for over 30 years as a member of the Ontario Association of Architects (OAA).

Jim enjoyed a long-lasting friendship with his two stepsisters Judy Dando Beliaeff (deceased) and Debbie Dando through a 2nd marriage of both Jim’s mother Mary and Harold Dando of Quebec who was a native of Galt/Cambridge, Ontario and an old family friend.

As an only child, Jim’s life was also enriched by joining Sharon’s family. He will be greatly missed by Jean and Will Capeling, Glen and Margaret Ure, Bill and Nancy Ure and many nieces and nephews.

Jim had a wonderful network of longtime friends: Bob Shephard, Brian Kearns and Brian Moffat, his golf buddies and breakfast pals; Pat Lyons and Lynne Stafford for weekly Sunday dinners with him and Sharon and the many friends from years of Georgian Bay Canoe Trips and the Tadenac Fishing Camp.

Online condolences, remembrances and donations can be made at www.colefuneralservices.com.

Share Your Memory of
James
Upload Your Memory View All Memories
Be the first to upload a memory!
Share A Memory
Send Flowers