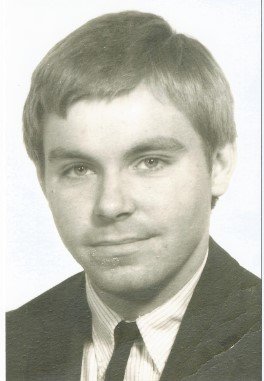 Fred was born in Toronto at the East General Hospital. Passed away on February 2, 2021 at Montfort Hospital, Ottawa. Beloved son of the late Alice and Nelson Longley. Dear brother of Mary Lennox. Uncle of Joanne Fauteux (Rich), Stephen (Kaye) and Darryl (Tammy). Great Uncle of Jessica, Lindsay, Kyle, Haley, Sarah and Talor. Fred will be deeply missed by his dear friend Vicki Milnes and fondly remembered by cousins, extended family and friends.

Fred attended Earl Beatty Public School and Riverdale Collegiate and York University from which he graduated in 1966. After graduating Fred spent the summer in Wuppertal, Germany working in the Post Office. He moved to Ottawa in 1968 and taught ELS at Algonquin College for 3 years. He then got a job as a summer student at Labour Canada Library and then graduated with a BLS and MLS from the University of Ottawa. He enjoyed a long career at the federal Department of Labour and successor departments retiring in 2006 after 35 years of service.

In earlier years Fred enjoyed time spent at the family cottage at Orr Lake. Many good memories were made there and Fred enjoyed participating in the yearly regatta. He enjoyed going to Orillia to visit his parents there. He enjoyed playing the organ and piano. Fred was an avid reader and enjoyed walking and having a coffee at the local coffee shop. In his retirement years Fred enjoyed taking day trips in Ottawa and local communities and going out to eat at local restaurants.

A family memorial service will be held at a later date. Cremation has taken place by Cole Funeral Services, Ottawa.

Share Your Memory of
Frederick
Upload Your Memory View All Memories
Be the first to upload a memory!
Share A Memory
Send Flowers