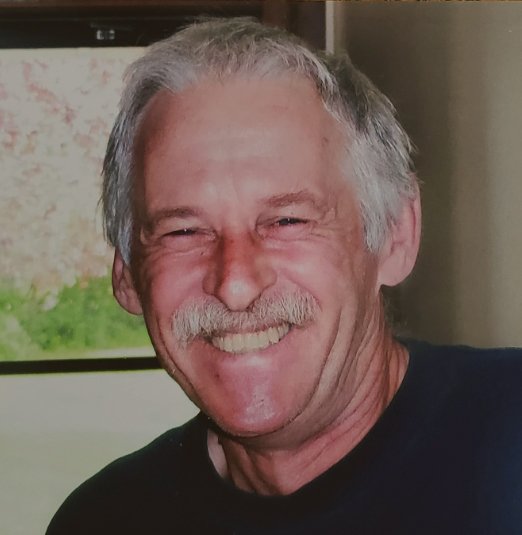 We, Kerry, Anne, Joan, Linda, Sharon, Colleen, Stuart and Bonnie, present this eulogy to honour our brother, Shane, whose recent death reminds us of how precious he was to us and how important each one of us in this family is to each other - to our personal happiness and to our sense of belonging.

It was March 18, 1952, when Shane Howard Miller was born into what would become a family of ten children.  Shane was the sixth child born to Howard (Tarz) and Kathleen (Kay).  All of their children, including, Marilyn, who died as a baby, were girls so Shane was embraced as their first son, arriving ten minutes after his twin sister, Sharon.  Almost seven decades later, on February 19, 2021, Shane died unexpectedly at his home in Ottawa.  These two events bracket the many years in between that were filled with rich and poignant memories, giving soothing comfort to each one of us in his family and offering up insights into how to live well.   As members of Shane’s family, we share, here, some of those memories, revealing an image of who Shane was and how he meant so much to us.

As a child, Shane seemed to thrive on the farm we had outside of Ways Mills, Quebec.  While he was a bashful child when visitors arrived at our home, mostly, he was at ease and happy.  He was an active, playful boy, content to play on his own as well as with his sisters and brother.  Like the rest of us, he made his own fun, whether playing with a bat and ball, playing 'cowboys', riding the large adult bicycle back and forth on Ball Brook Road or swimming at Lake Lyster and Hovey’s Bridge.

After high school and the farm, Shane moved to Montreal with Stuart to work.  Later, he moved to Calgary where he met up with Colleen and Phil and where he worked at the Calgary Stampede, maintaining the race tracks with large equipment.  After the Stampede days, he moved to North Delta, BC for a few years with his then-wife, Janet, around the corner from Anne, Eric and Sarah, then, alone, to Sylvan Lake and Williams Lake, BC.  Finally, in 2002, he moved back east to Ottawa to celebrate his 50th birthday with Sharon, and where he lived with Bonnie and Marcel for about six years.  He eventually got his own apartment, which was where he remained until his death.

Shane was a character we could never forget.  He loved to have fun and to laugh.  He seemed to have inherited the ‘silly gene’, probably more than the rest of us siblings.  He loved a good joke, whether appropriate or not, and would laugh at it with gusto. His laughter was infectious.  When he got together with any of his siblings, it usually ended up that we would laugh our heads off over something silly.   Other times, if he was in the mood for a good laugh, Shane would turn to gently teasing one of us.  One of Shane’s favourite stunts, whenever he drove by a golf course, would be to yell out "Fore!!" and he always got a good laugh at that.

Shane was a good-looking man who lived a simple life.  We all knew that he really liked women and when saw a good-looking woman on the street, he’d often say to her, “How you doin?”  Sometimes he had to be reined in!  For the most part, Shane was happy to be sitting in front of the TV, beer in hand, watching the NASCAR races, particularly when Jimmy Johnson was driving, or a hockey game featuring his favourite team, the Montreal Canadiens, or an episode of Heartland.   When he was visiting family, it didn’t take much to get him into a game of cribbage, probably because he knew he could beat the pants off anyone he played with.  He was gifted in that game.

Shane loved country music, especially Alan Jackson, whom he got to see at a festival at the Rideau Raceway with Sharon, Linda, Tracy and Leigha.  He had always liked music from the time he was young, singing his favourite song, Quickdraw McGraw, or later, belting out a song by Bonnie Tyler when he lived with Colleen in Calgary.

Quite simply, Shane was well-liked and well-loved, not only by his sisters and brother, but by his nieces and nephews, their children and his brothers-in-law.  While living in Ottawa, he became close to Jim, Jon, Mike and Marcel.  His nephew, Kevin, remembers him as “that person you couldn’t wait to see because you knew inside, he was happy to see you and his amazing smile brightened your day!”

Affection for Shane extended to his work at the Redwoods retirement home in Ottawa, where Bonnie and Kerry used to work.  His first boss really admired Shane as he was a hard-worker who won awards for his outstanding service.  He went above and beyond what was required, not just in his job but in his interactions with residents.  He treated them well.  He made some good friends there among staff, particularly Crystal, and with the residents, who all loved Shane.  After a bout of kidney cancer and years of janitorial work, he retired due to severe pain in his hips which led to hip replacements.  True to form, he seldom complained but carried on.

Actually, it seems that Shane never really complained about anything.  Well, not much anyway.  He always seemed content, never really asking for anything or drawing attention to himself.  He didn’t hate, or judge or gossip.  It wasn’t in him to criticize or talk badly about people.  Knowing that makes it easy to understand why he was so appreciated and cared about.  He was simply a kind-hearted man, unselfish and humble, who was there if any of us needed him for anything, no questions asked.

Now, anyone who knew Shane figured out pretty quickly that he was also strong-willed, although some might call that stubborn.  He was pretty much his own man, though, living his life the way he wanted, on his own terms.  He was a man with a routine he stuck to and with intentions that were firm, which made him hard to budge.  One of the best stories has to do with his favorite ice cream, maple walnut, like Mum’s.  If he joined us in getting ice cream, and he couldn't get maple walnut, he simply didn't want anything.  Period.  When he didn’t like something, he certainly let people know.  There’s no doubt that Shane was genuine.

Any one of us could spend hours with Shane without saying much, content just being together.  That made it easy to be with him, knowing you could hang out with him for long time, around a fire, doing chores, always without a need to speak.  In simple terms, Shane was an easy, gentle soul who didn’t require much to make him happy.  We can learn a lot from him, like:

As we spend time going through our memories of Shane, and you mention that Shane was an awesome man whose parting has left a deep void in our lives, one would have to say, “You got that right!”

Share Your Memory of
Shane
Upload Your Memory View All Memories
Be the first to upload a memory!
Share A Memory
Send Flowers