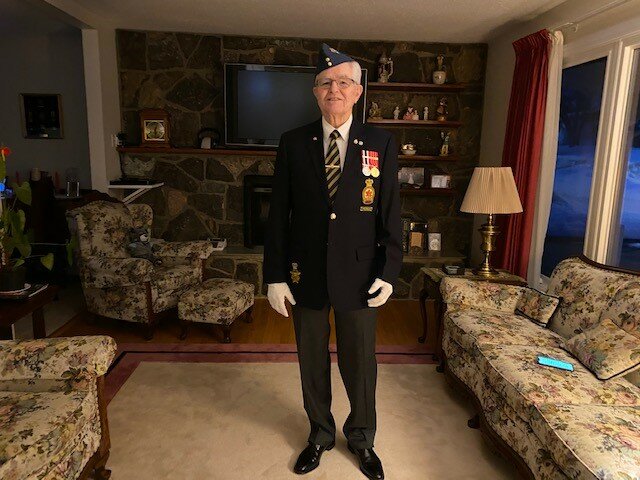 Gary Edward Green Our family “rock,” strength of our family. “The one that you could call” Age 84, of Nepean Ontario passed away October 24,2021. He will be missed by his wife Gail of almost 63 years and his three Musketeers/children: Linda Noah, Debby Charron (Chris), and Jeff Green (Joanne). He was the proud grandfather to 13 wonderful (and lively) grandchildren: Steven (Morgan), Tamara (Jamie), Shannon; Corey (Vanessa), Ryan (Andrea), Kayla (Jack), Megan, Connor; Sheldon (Linda) , Jonathon (Brittany), Joshua (Whitney), Lee, and Darcie (Mike). He is the Great Grandfater to Parker, Mabel; April, Roman, Addison, Thayne; Mackenzie, Ember, and Kaia. He was a proud member of the RCAF for 25 years, CSE Technologist for 12 years, and Emcom part time until the age of 72 years. He was an active member of the Royal Canadian Legion, Branch 593 in Bells Corners. He was well known by his family especially his Father in Law as Fearless Fosdick. He was an avid car buff, so you could often find him at various old car shows (including the Hershey Car Show). He will be missed dearly by all his family, friends, work colleagues, and neighbours. He was affectionately known by his grandchildren as “Batman” or “Grampz.” We will remember you and hold you in our hearts forever. Those wishing may make In Memoriam donations to the Irving Greenberg Family Cancer Center or the Queensway Carleton Hospital Foundation.

Share Your Memory of
Gary
Upload Your Memory View All Memories
Be the first to upload a memory!