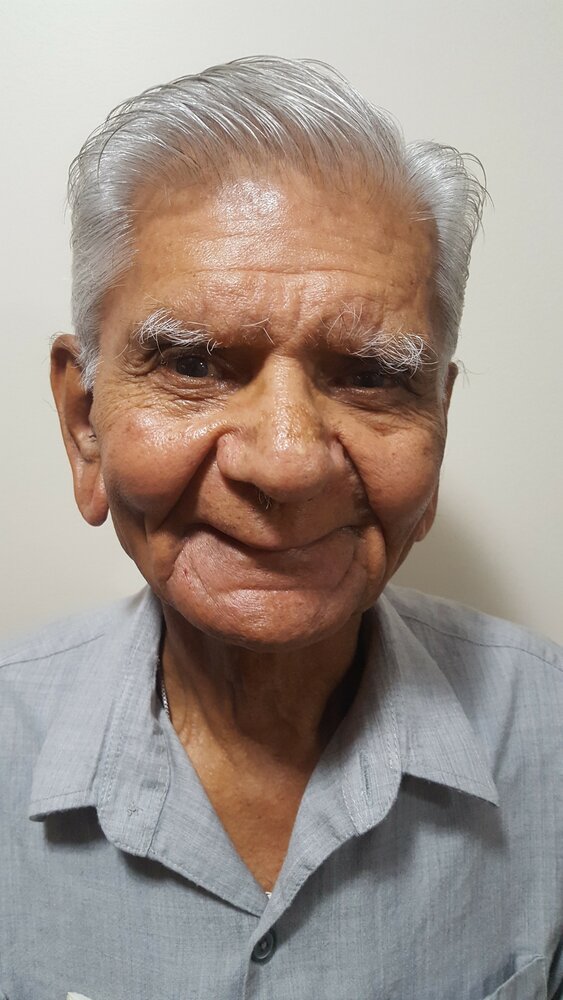 It is with immense sadness that we announce the loss of our dear, dear father, grandfather and brother, Dr. Raman Lalbhai Desai, who passed away peacefully on May 31st, 2022 at the age of 94.

Born to the late Lalbhai and Gujaralaxmi Desai,the beloved husband to his wife Urmila (nee Shah), the love of his life for 51 years before she was lost to us 11 years ago.  He was a loving father to his sons Dennis(Wendy) and Vikas(Preety), loving grandfather to Nikhil, Robert, Brahm and Scott, and a loving brother to Dilip (Madhu).  He is survived by many nieces and nephews, including Anjana (Satish) with whom he stayed during his visits to India.

Dr. Desai was born October 26, 1927 in Gujarat, India before moving to Mumbai where he completed his studies, including his first PhD in Chemistry, and taught at the prestigious IIT in Mumbai.  After arriving in Canada he completed his second PhD at McGill University, and married Urmila in 1960.  He enjoyed success as a respected research scientist and inventor for the Canadian Government, publishing over 40 scientific articles, all while raising two sons, who couldn't be more proud of him.

He was a devoted family man while still giving back to the community.  He was a founding member of the India Canada Association in Ottawa and served as President, and received Prime Minister Indira Gandhi on her visit to Ottawa.  He later served in similar capacities with the formation of the Gujarati Cultural Association.  With Urmila, they began the tradition of Navratri Garba in Ottawa, in their basement in the early 70's for the Community to enjoy.  He also volunteered with programmes such as Meals on Wheels and helped others with their tax returns after he retired.

Dr. Desai will be remembered as a gentle, kind soul, pious and devoted to his family and to God.  He led a simple, healthy life and was a role model of strength and integrity by all who had the pleasure of knowing him.  He will be missed greatly by his family and friends, but he has left all of us to be reunited with his dear wife, Urmila, and his God, where he will find everlasting peace.  His memory will be forever cherished in the hearts of his family and his many, many friends.

All those wishing to attend his memorial are invited to Pinecrest Remembrance Centre, 2500 Baseline Road, on Monday, June 6th, 2022 to attend the services. Visitation from 9:00 a.m. to 10:00 a.m. Priest services begin at 10:00 a.m. and will be followed by speeches and remembrances.

Share Your Memory of
Dr. Raman
Upload Your Memory View All Memories
Be the first to upload a memory!
Share A Memory
Send Flowers