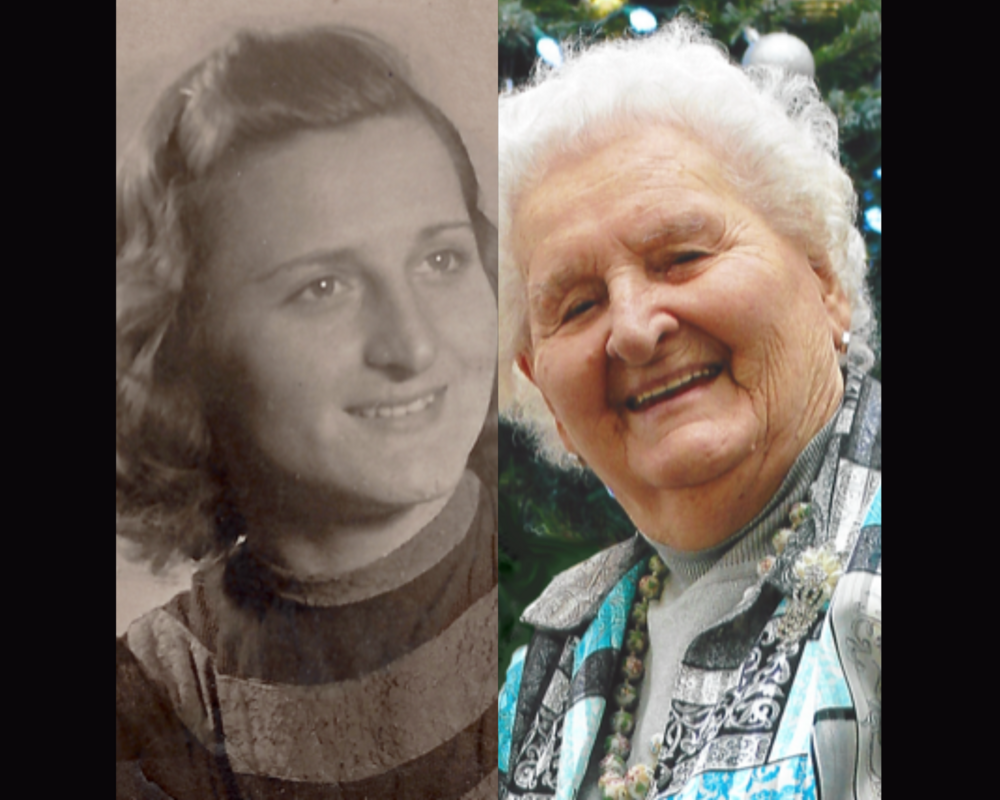 Ursula was predeceased by her husband Harry of 65 years and will be remembered by her son Wolfram and his wife Cindy of Ottawa, and by her two grandsons Eugene and Nolan.

Born August 12, 1924, in the small German village of Bornitz, south of Leipzig, Ursula was the fourth of five children born to Richard and Frieda Bemme, and the last of that family to leave us.

She fondly recalled growing up in her little community surrounded by farmland near the Elster river where the children could enjoy a hot summer dip. As a young lady she briefly worked in retail and in a company office, and was introduced to her future husband through correspondence during wartime. After a very brief post-war romance, they married and quickly fled East Germany by train to settle in the city of Karlsruhe on the Rhine. There they operated a small home-flooring business until their son Wolfram was born in 1951.

Curious to experience more of the world, a call for immigrants to Australia and Canada caught their eye. Canada was closer. So she packed up her young family, got on a boat, and here we are. They soon settled north of Toronto, in the Holland Marsh area, near Bradford, together with another German family who travelled with them, the Lehmanns. Life was hard those early days, not knowing English, not being allowed to bring much from the old country, and having few marketable skills. But they prospered in the agricultural industry, first on the farms and then in the factories.

Eventually Ursula and Harry did quite well. Intrepid travellers, they visited much of Canada and the United States, even taking up SCUBA diving in the 1970s. They became snowbirds in the ’80s when they built a second house in Arizona. Harry loved building, and Ursula was a skilled homemaker. When they later got tired of the long winter commutes from Ontario to Arizona, they moved to Lethbridge, Alberta, near an old friend. When Harry passed away in 2012, Ursula soon moved to Ottawa to be near her son, daughter-in-law, and grandchildren.

Ursula was a beloved wife, mother, grandmother, and friend who quickly made every living space a home. She brightened a room with her smile whenever she entered, and warmly embraced all she met. She loved participating in any travel and social opportunities offered by her retirement community. She also loved animals and nature. In Canada, her family always had dogs, and she cared for them as though they were her children (an affection she transferred to her stuffed animals in her final years). She enjoyed camping throughout Ontario and the eastern U.S., surrounded by nature’s sensations. Even when such travel was no longer possible, she loved nature programming on television to take her mind to those far-off places she could no longer visit.

She will be missed.

Her family expresses sincere appreciation to the kind and dedicated staff of Peter D. Clark, who provided Ursula with wonderful care during the final two years of her life. We are grateful for all that you do.

Share Your Memory of
Ursula
Upload Your Memory View All Memories
Be the first to upload a memory!
Share A Memory
Send Flowers