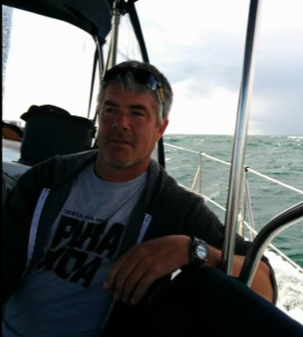 Sean leaves to mourn Debbie Ross Craddock whom he shared many years with.

Sean was the proud father of Jacob (Jake), Joshua (Josh), and Scott.  He was the beloved ‘Pappy’ of Brooke-Lynne, the granddaughter he adored. He was the dear brother of Todd (Rie), Francis Trent (Elena) and Melissa. He was also the biological son of Doug Little, and brother to Patti and Samantha. He was also the loving uncle of Raeanne, Jason, Julian, Liam, Matthew, Robert, Michael, and Elizabeth.

Sean is the treasured son of Mary Craddock. Sean was predeceased by his father, Francis Robert Craddock, his grandparents Lawrence and Doris Carrick, John (Jack) and Alice Allard, and William and Margaret Craddock.

Sean leaves a large extended family, with many very dear aunts, uncles, and cousins, and many friends to mourn his passing. Sean made every minute count in his life. From a very young age he was involved in many sports during his life.  He loved spending time with his family and friends, his motorcycle trips, and his camping holidays. Sean spent the last days of his life surrounded by the love of his closest friends and family.

A Celebration of Sean’s life will be held at the Pinecrest Visitation Centre, 2500 Baseline Road, Ottawa on Tuesday, October 4, 2022 from 2 to 5 p.m.

Share Your Memory of
Sean
Upload Your Memory View All Memories
Be the first to upload a memory!
Share A Memory
Send Flowers