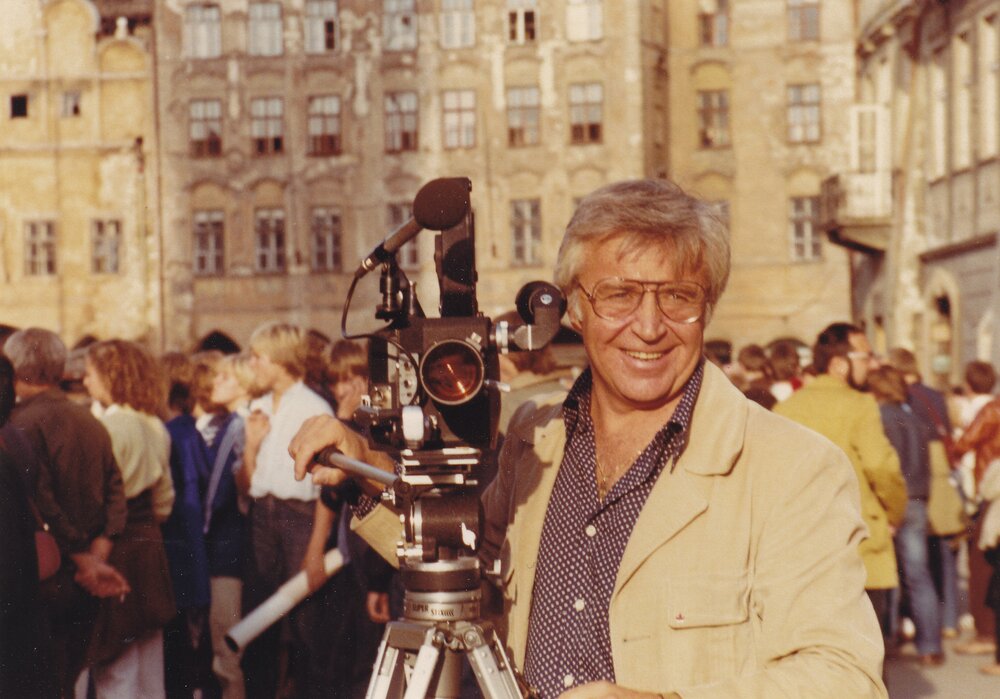 It’s with a heavy heart that Jan (Jeannette Wright) announces the death of the love of her life, Jimmy. Born in Nanaimo, B.C. on June 27, 1939, he passed away peacefully on December 7, 2022, in Ottawa. He was predeceased by his parents John Wright and Vilsie (Perry), his brother Jack (Carmen), and sons John Mark and Oral Vincent. He is survived by his wife of 72 years, son James Monte (Kate), grandson Jordan (Micheline), great-granddaughter Mackenzie and step-great-grandson Manny.

James or Jimmy as he was known to all, joined the Canadian Air Force at 18 years of age. He was a camera operator in the Photo Section with the 408 Squadron based at RCAF Station Rockcliffe and was tasked with mapping the Canadian north. After he retired from the RCAF, he worked as a field cameraman for CJOH-TV and the CBC. He later freelanced covering regional and global news and events. He was enlisted to cover the XV (1988) Olympic Winter Games (Calgary AB), Veterans Affairs memorials for Korea (1953-1983), and Dieppe (1942-1982), and provided coverage for several Royal family visits to Canada. He travelled extensively during his film and video career working on notable Canadian television shows Wok with Yan filmed in Thailand and documentary work in Somalia for CBC.

He was a member of the Canadian Society of Cinematographers and the Ottawa-Hull Film & Television Association in the 1980s.

A heartfelt thanks to the staff of Peter D. Clark LTC, especially those working in Maple House, and last but not least to Jimmy’s earth angel, Jamal Blanc. Thank you for your care.

Family and friends are invited to visit the Pinecrest Visitation Centre, 2500 Baseline Road, Ottawa on Thursday, December 15, from 10:30 a.m. until the time of the Funeral Service at 11 a.m. Inurnment and reception to follow. In lieu of flowers, donations to the Ottawa Mission or the Parkinson Society would be appreciated.

Share Your Memory of
James "Jim"
Upload Your Memory View All Memories
Be the first to upload a memory!
Share A Memory
Send Flowers