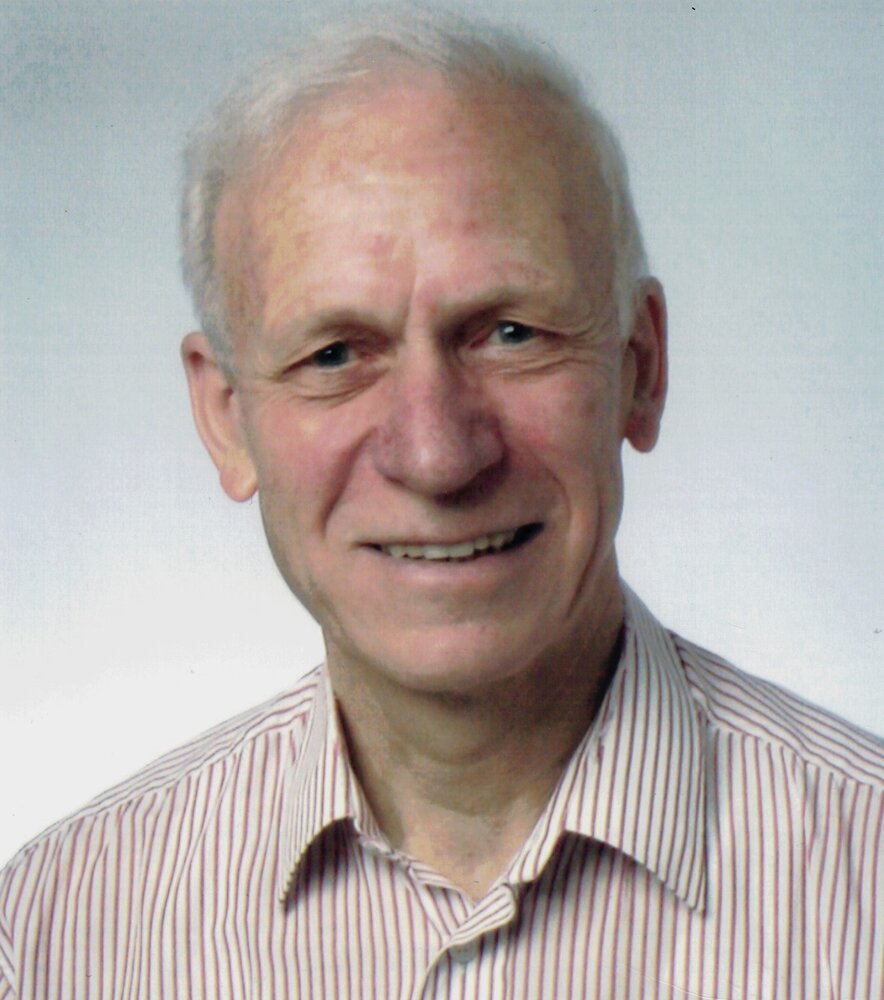 Passed away peacefully on Friday January 13, 2023 in Ottawa, Ontario.

Born September 16, 1939 in Toronto, Ontario, he was the son of Philip Kronberg and Jean Davidson.

He is survived by his three sons, Paul (Kerry), Martin (Tania), and Michael (Angelica). He was the proud grandfather of Emily (Aaron), Matthew, Jonathan, Kimberly and great-grandfather of Gabriel. He was also survived by his sister Jean and brother Stewart (Sylvia), and nephew Aiden. He was predeceased by his wife Roberta and sister Barbara.

At a young age, Philipp moved with his family to Vankleek Hill Ontario, where he spent most of his childhood and graduated from Vankleek Hill Collegiate. He then went on to receive his degrees from Queen's University, Canada (B.Sc., M.Sc.), and the University of Manchester (Ph.D. D.Sc.). He began his career in reactor technology at Atomic Energy of Canada Ltd. (Chalk River Lab.). He subsequently joined the Physics Department and faculty at the University of Manchester (1966-68), and later the departments of Astronomy, then Physics at the University of Toronto (1969-2002). More recently he was appointed Distinguished Orson Anderson Scholar at the Los Alamos National Laboratory in the U.S. (2002-3), where he has retained a connection to the present. He has also held several appointments at the Max Planck Institute for Radio Astronomy in Germany, was awarded a Guggenheim Fellowship  (1984), a Killam Foundation Fellowship, a Humboldt Fellowship, and a Humboldt Senior Scientist Award (Humboldt-Preis). In 2007 and 2009, he spent periods as Distinguished Visiting Scientist at CSIRO and the University of Sydney, Australia. He was elected Fellow of the American Physical Society (APS), and has published over 240 scientific papers.

Philipp has chaired advisory and management boards of major scientific organizations and facilities in Canada, the US, and the U.K. In the US, it includes the NSF, Associated Universities Inc. (AUI) in Washington DC, the National Radio Astronomy Observatory (NRAO), the US Department of Energy (DOE), and NASA. Over a 4 year period, including the VLA dedication in 1980, he was member of the AUI Visiting committee for NRAO, and was its chairman in 1982. He also chaired the NRAO’s VLA Advisory Committee during the final VLA construction year. He served as advisor to the US National Science Foundation (NSF) on the scientific strategy and design of the Green Bank Telescope (dedicated in 2001), and on several other NSF panels.

In the 1980’s Philipp played a central role in establishing a Cray XMP-based supercomputer center for the Province of Ontario, and served on its management board. He was chairman of the international Scientific and Technical Evaluation Panel for the Sudbury Neutrino Observatory (SNO). This was subsequently commissioned by the NRC(Canada), NSERC and the DOE. He later played a key role in arranging the inaugural funding for the construction of SNO.

He was a Governing Council member of the National Research Council of Canada, and member of the management board of the UK-Canada-Netherlands-US James Clerk Maxwell Submillimeter Telescope in Hawaii. He was an invited contributor to a roadmap document on Plasma Astrophysics Science in the US, commissioned by the NSF, NASA and the DOE and, at the University of Chicago, to the science planning group for the international AUGER Ultra High Energy Cosmic Ray (UHECR) detector project in Argentina. From 2005 to 2009 he served on the executive of the American Physical Society’s (APS) Topical Group on Plasma Astrophysics. Since 2002 he has held an (invited) Visiting Scholar position at the Los Alamos National Laboratory in New Mexico, subsequently part time since 2004. He is Lifetime Professor Emeritus in Residence in the Department of Physics, University of Toronto.

Ever the adventurer, Philipp enjoyed traveling and spent significant periods of time living in several different countries.  He was an avid sailor, and spent countless days on Lake Ontario with his beloved sailboats, especially his Shark “Pegasus”, as a member of the Boulevard Club in Toronto.

Friends are invited to Pinecrest Remembrance Services, 2500 Baseline Road, Ottawa on Thursday, January 19, 2023, at 11am with a reception to follow.

In lieu of flowers, please make a donation to the Dementia Society (dementiahelp.ca) or a charity of your choice.

We especially want to thank all the staff and support team who participated in his loving care at the Maplewood Retirement residence.

Share Your Memory of
Dr. Philipp
Upload Your Memory View All Memories
Be the first to upload a memory!
Share A Memory
Send Flowers