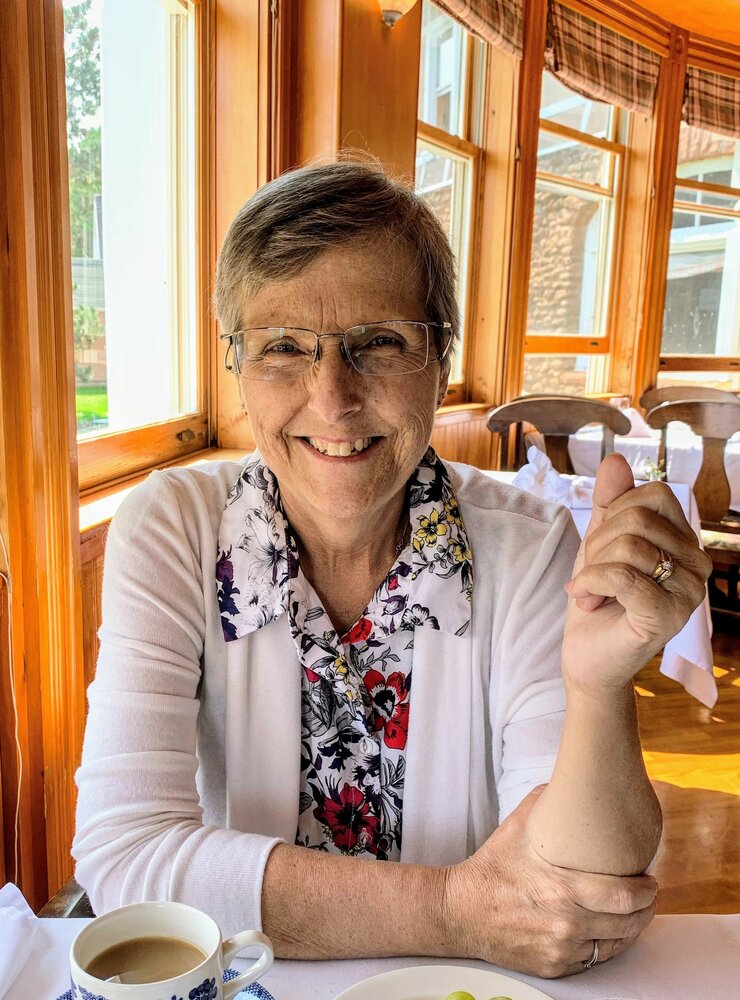 Laurie-Jean Catherine Smith, passed away on October 21, 2021 after a four year battle with ovarian cancer.  She spent the day surrounded by family. Laurie was the beloved daughter of Frances and the late John Rayson, life-long partner of Russell Smith and proud mother of Adrianna.

Born and raised in Pointe Claire, QC, Laurie graduated from Lindsay Place High School in 1979. She then began a twenty year career with Bell Canada, first in Dorval and then later in Ottawa. Following the birth of her daughter, Laurie started a new job with Canadian Blood Services, where she would work for fifteen years before retiring in 2018. The importance of blood donation quickly became a passion project for her, and she was able to donate blood over 60 times, as well as encourage many other friends and family members to donate as well.

Laurie and her family were active members of St. Paul’s Anglican church in Kanata since the late 1980’s, and she loved her time as a Sunday school teacher. She was an avid reader, animal lover, and traveller.

Laurie will be greatly missed by her large family, by her siblings Debbie Rayson (Dave), Sharon Rayson (Edouard), Lynda Gauthier (Obby), John Rayson (Susanne), and Wendy Kerr (Bill), and all of their families. Also by Russell’s parents Ethel and Gerald Smith, his brother Peter Smith (Helen), and their family. Laurie made friends wherever she went and will be missed by many dear friends as well.

Family and friends may visit at the Pinecrest Visitation Centre, 2500 Baseline Road, Ottawa on Friday, October 29, from 3 to 5 p.m. and 7 to 9 p.m. At this time the attendence for the Funeral Service on Saturday, October 30 at 1:30 p.m. is full. The service will be livestreamed on the St. Paul's Anglican Church, Kanata website.

In lieu of flowers, we would request that monetary donations be made to the Canadian Cancer Society to a Humane Society or donate to your local blood clinic.

Share Your Memory of
Laurie-Jean
Upload Your Memory View All Memories
Be the first to upload a memory!
Share A Memory
Send Flowers